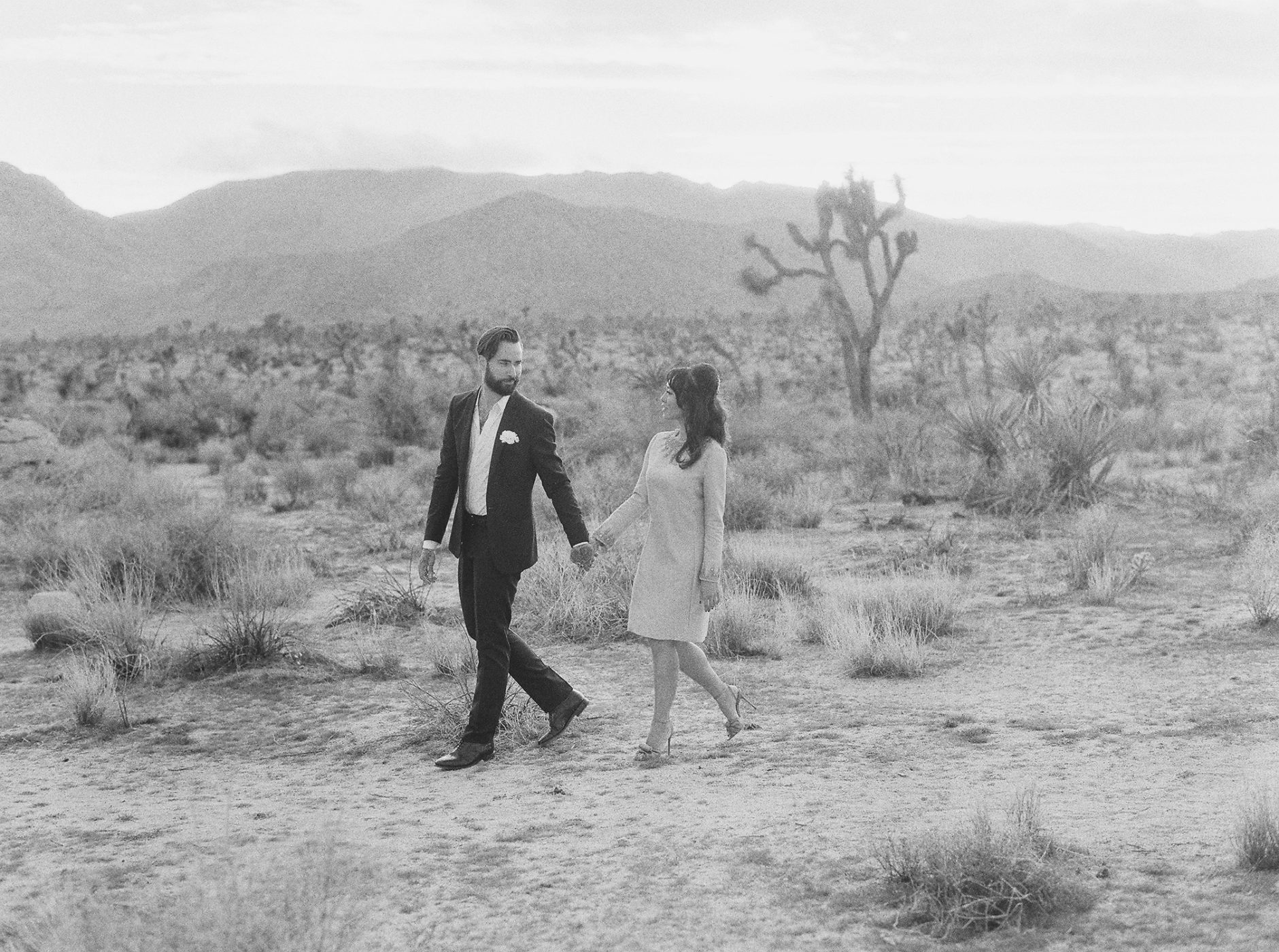 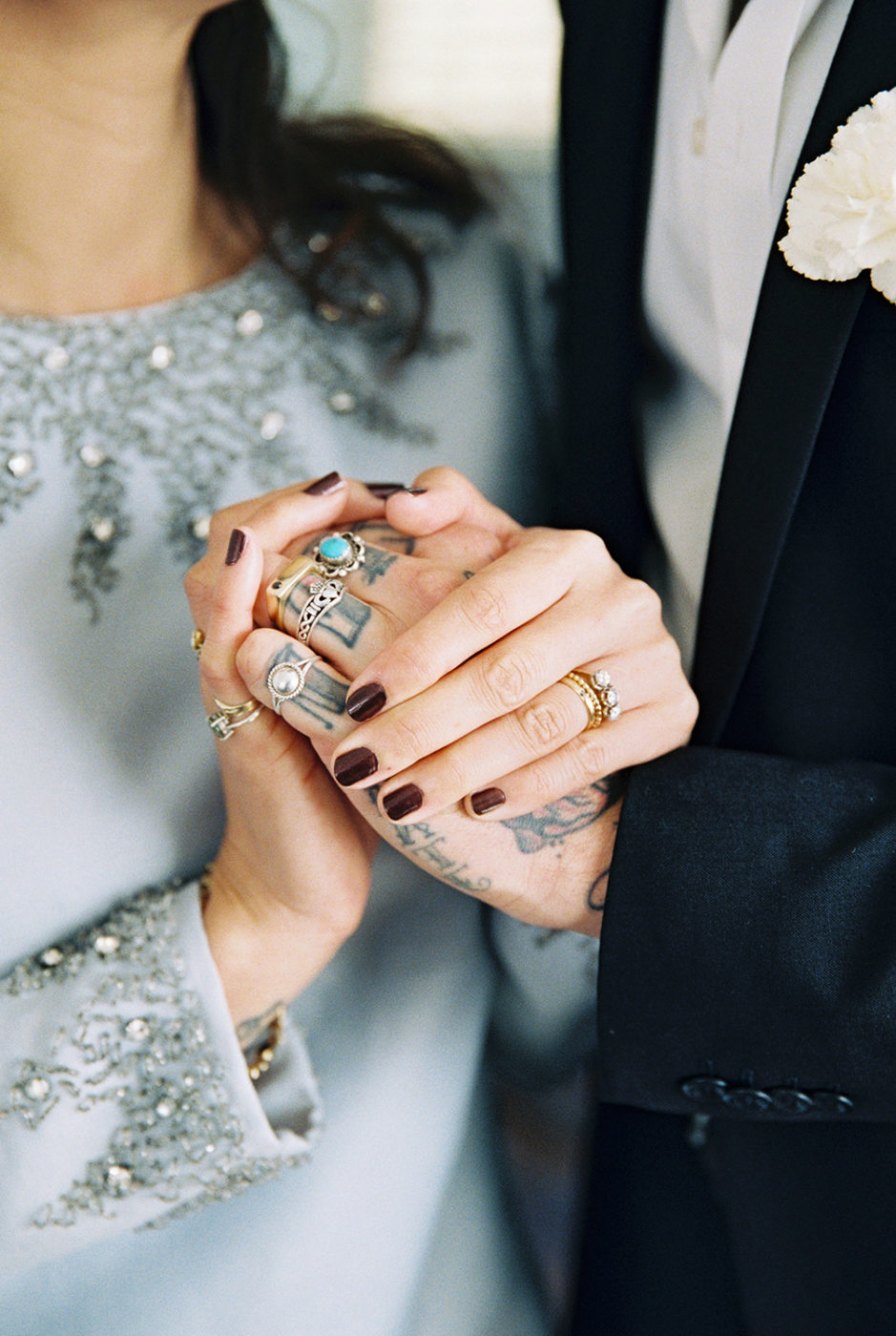 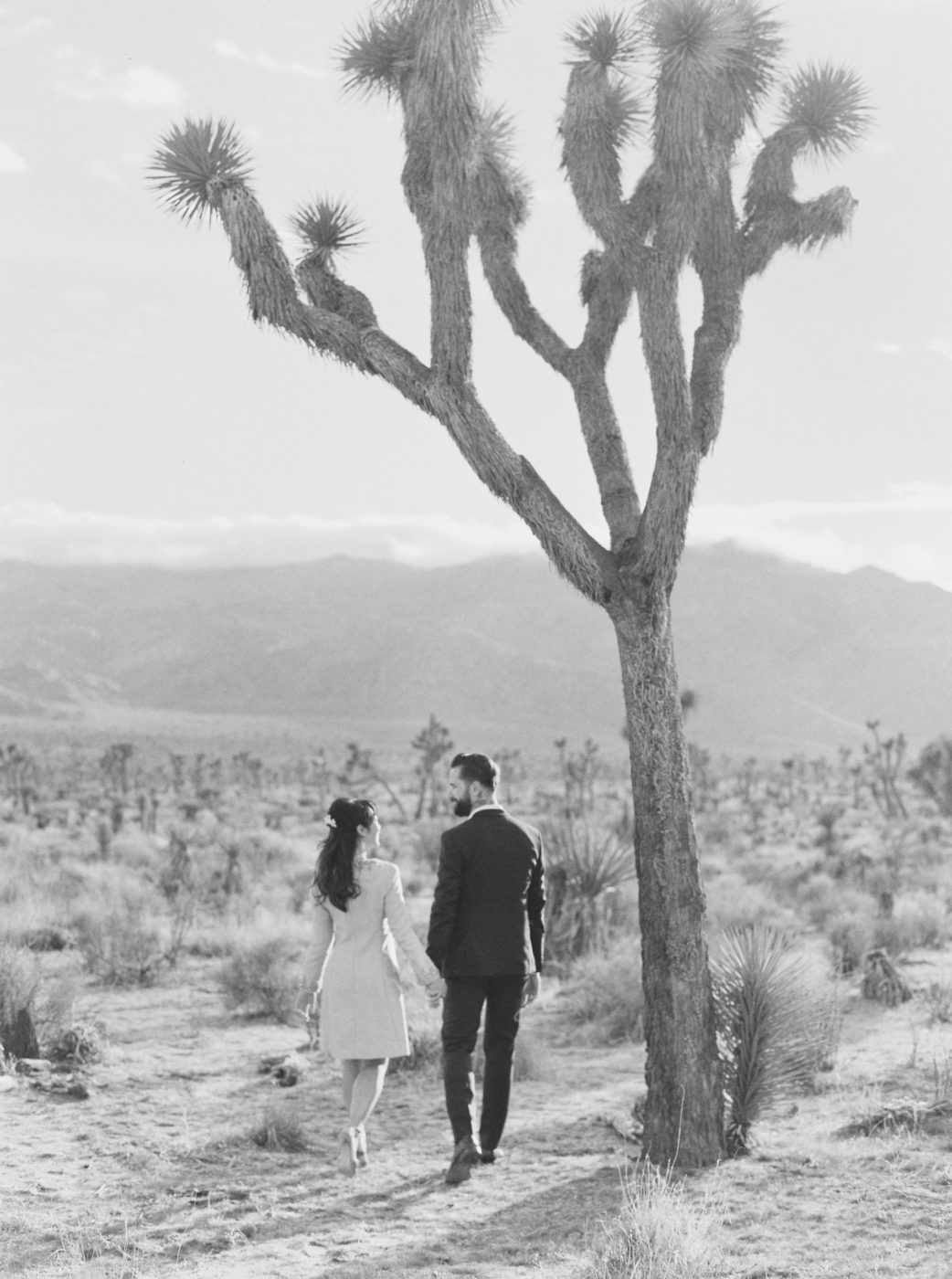 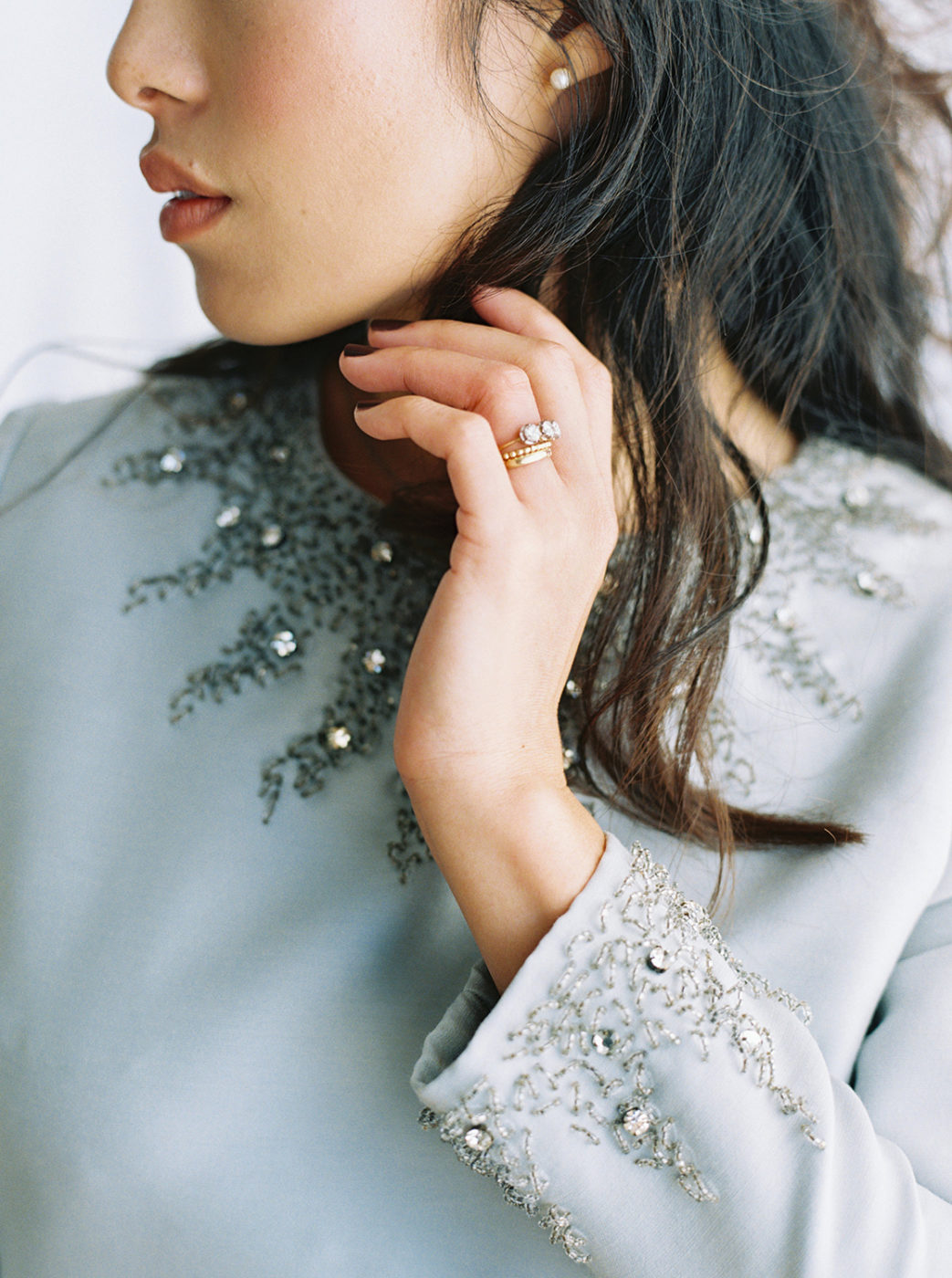 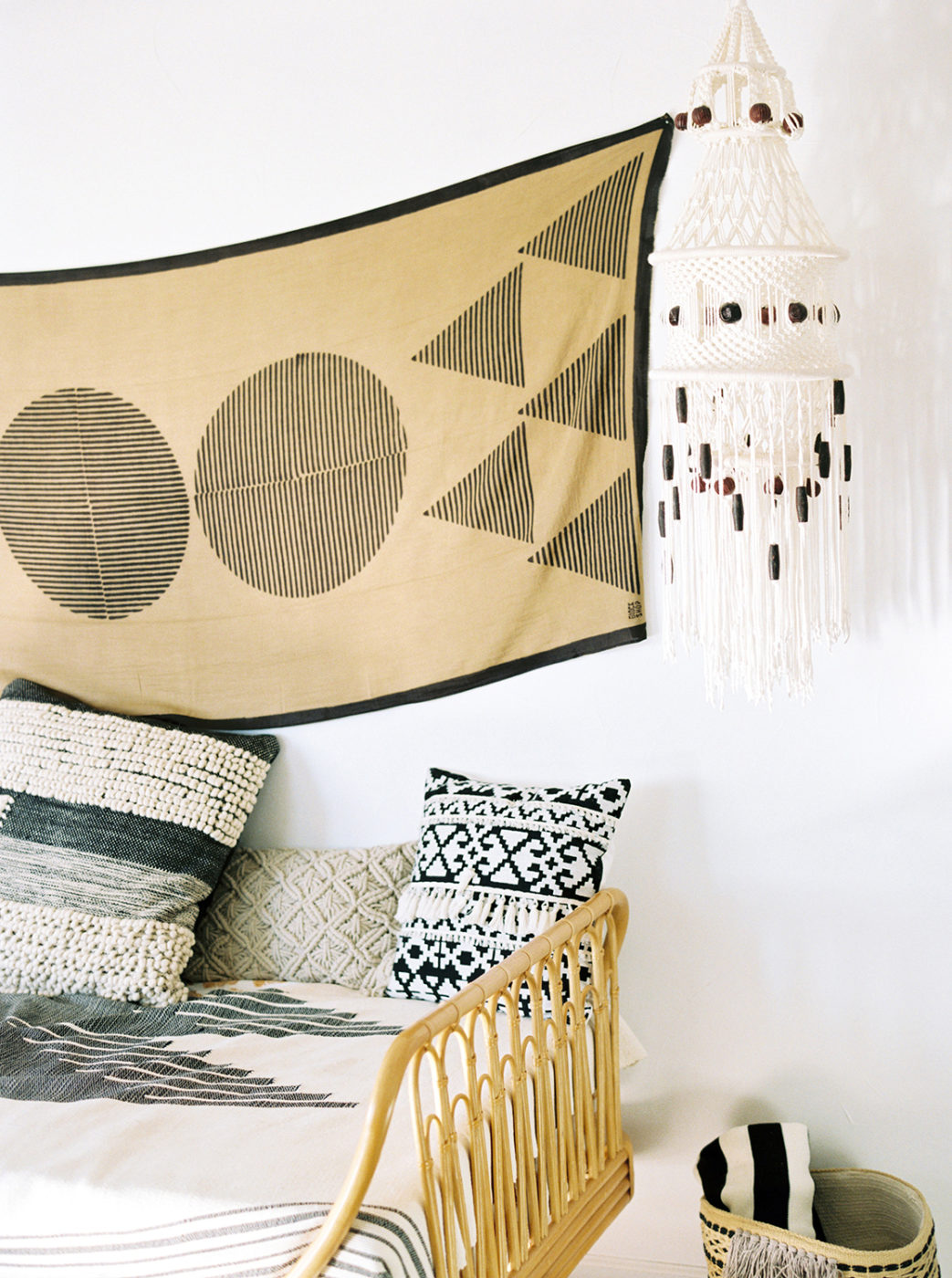 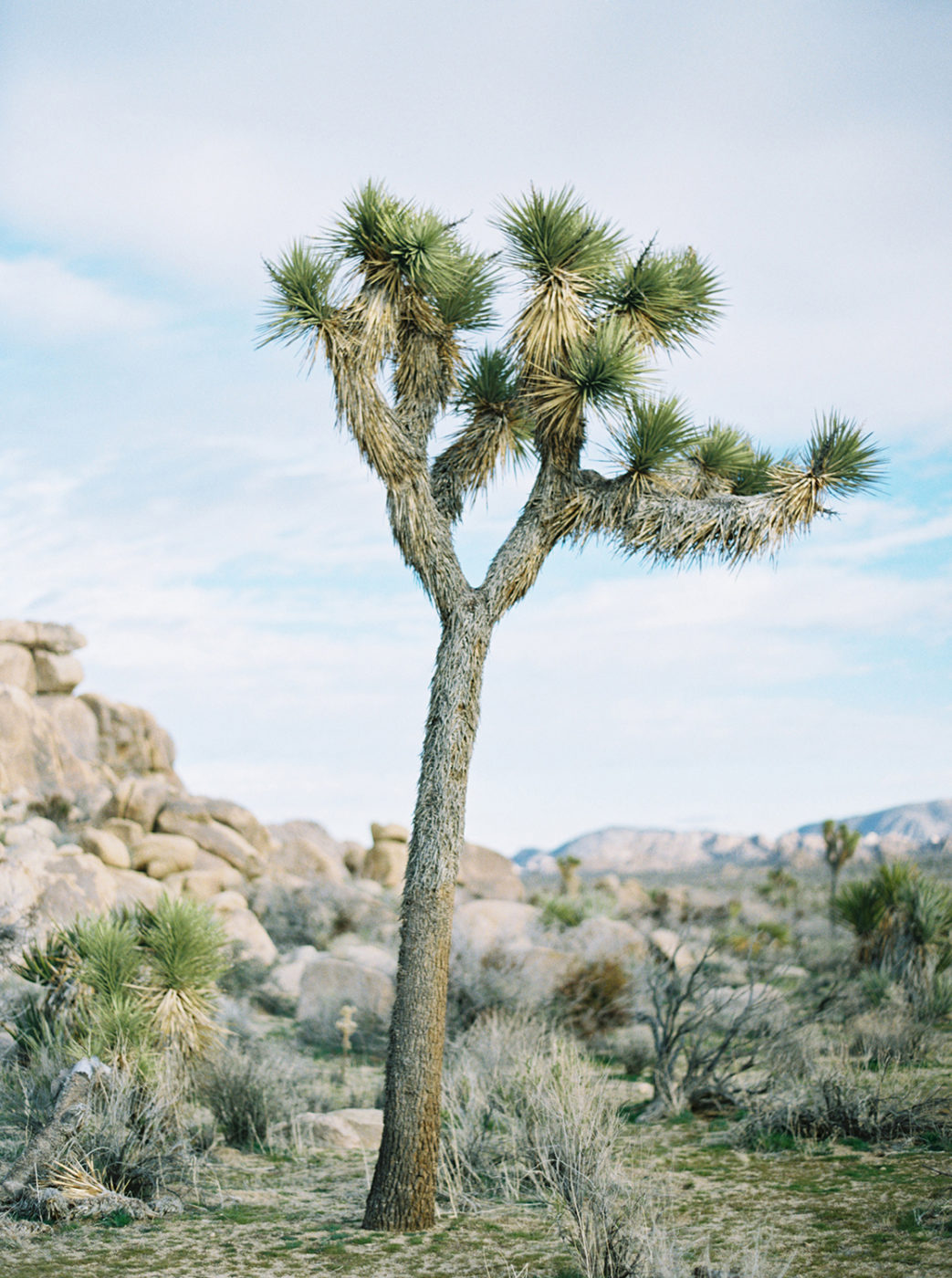 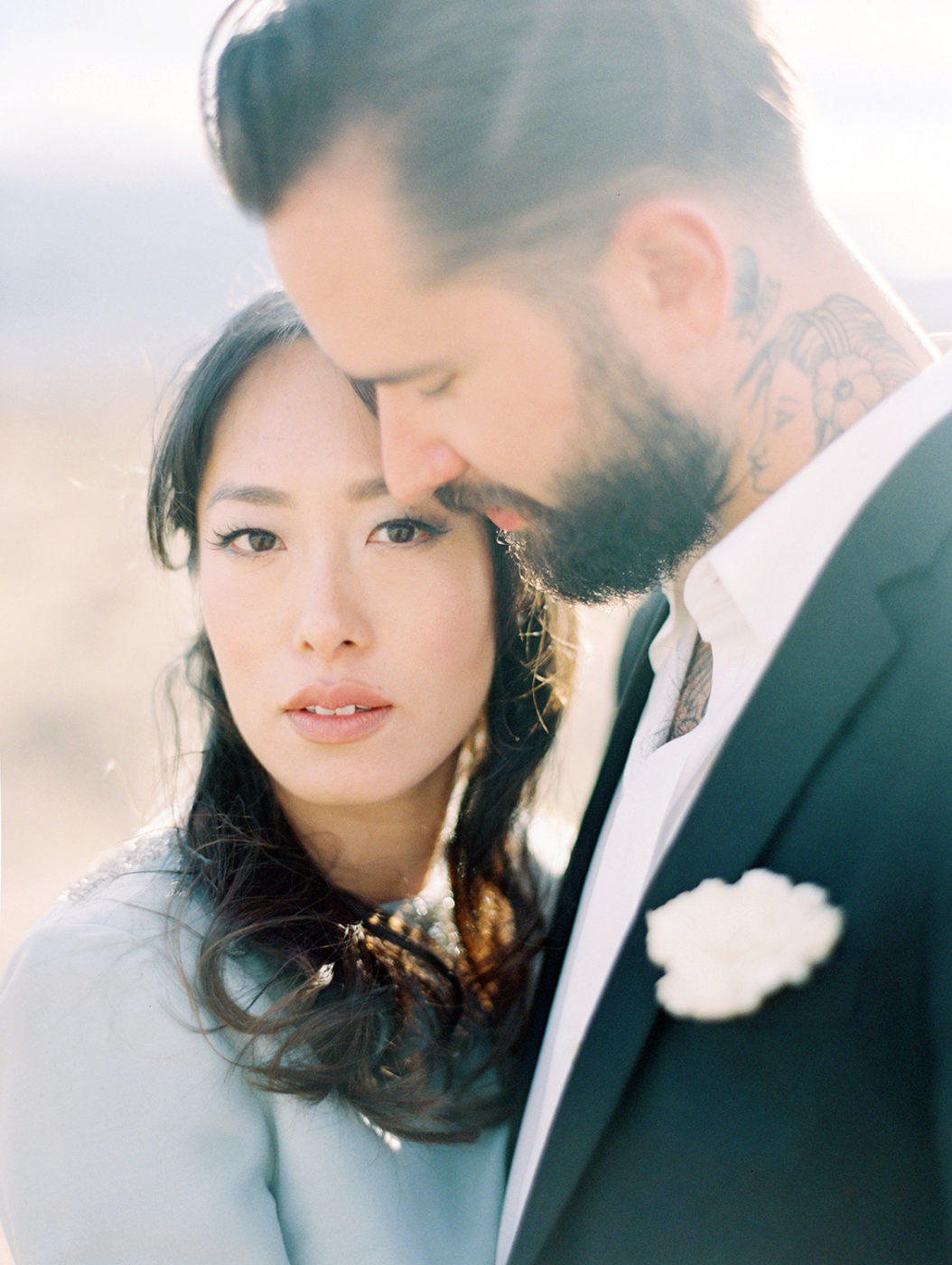 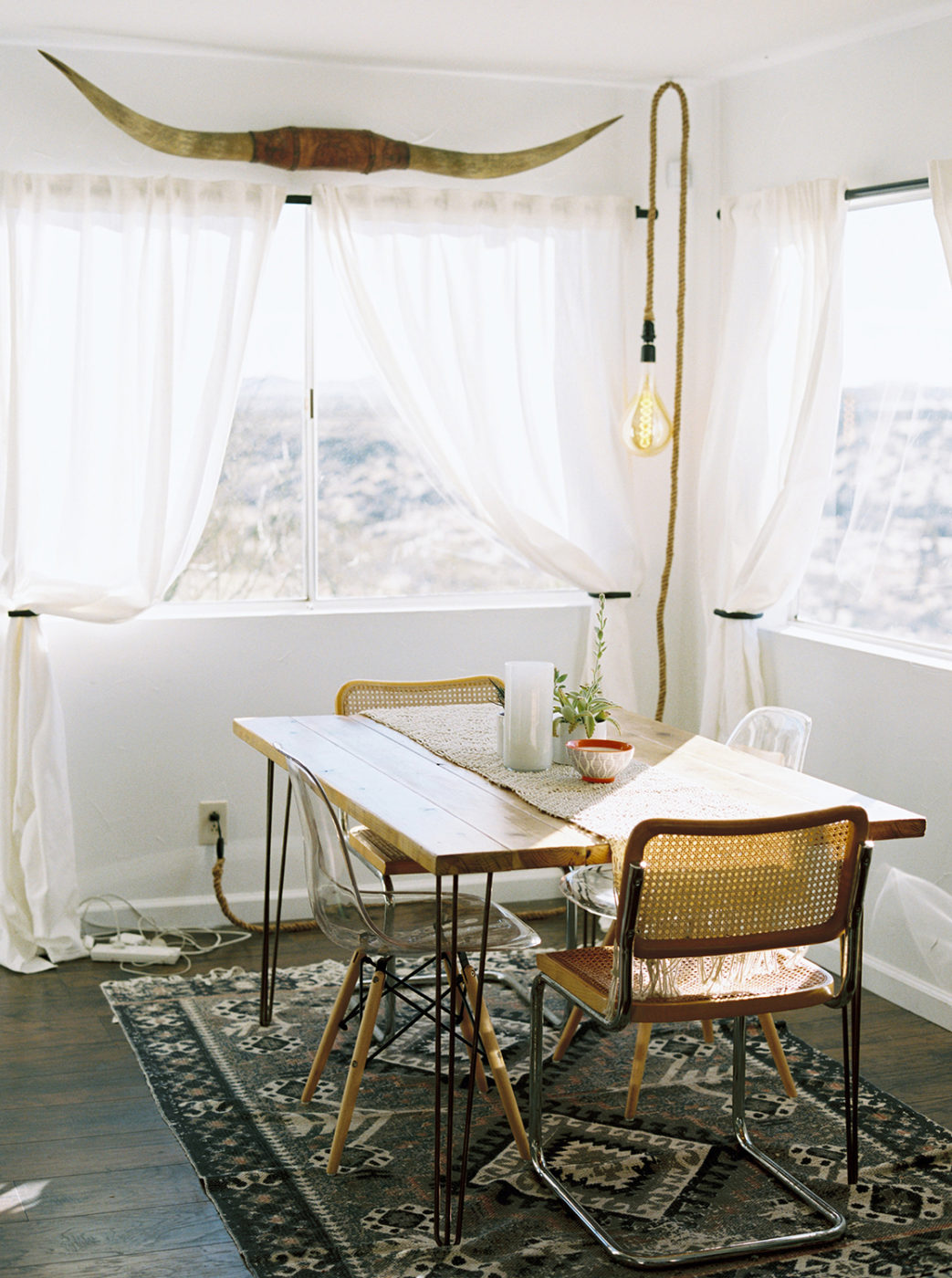 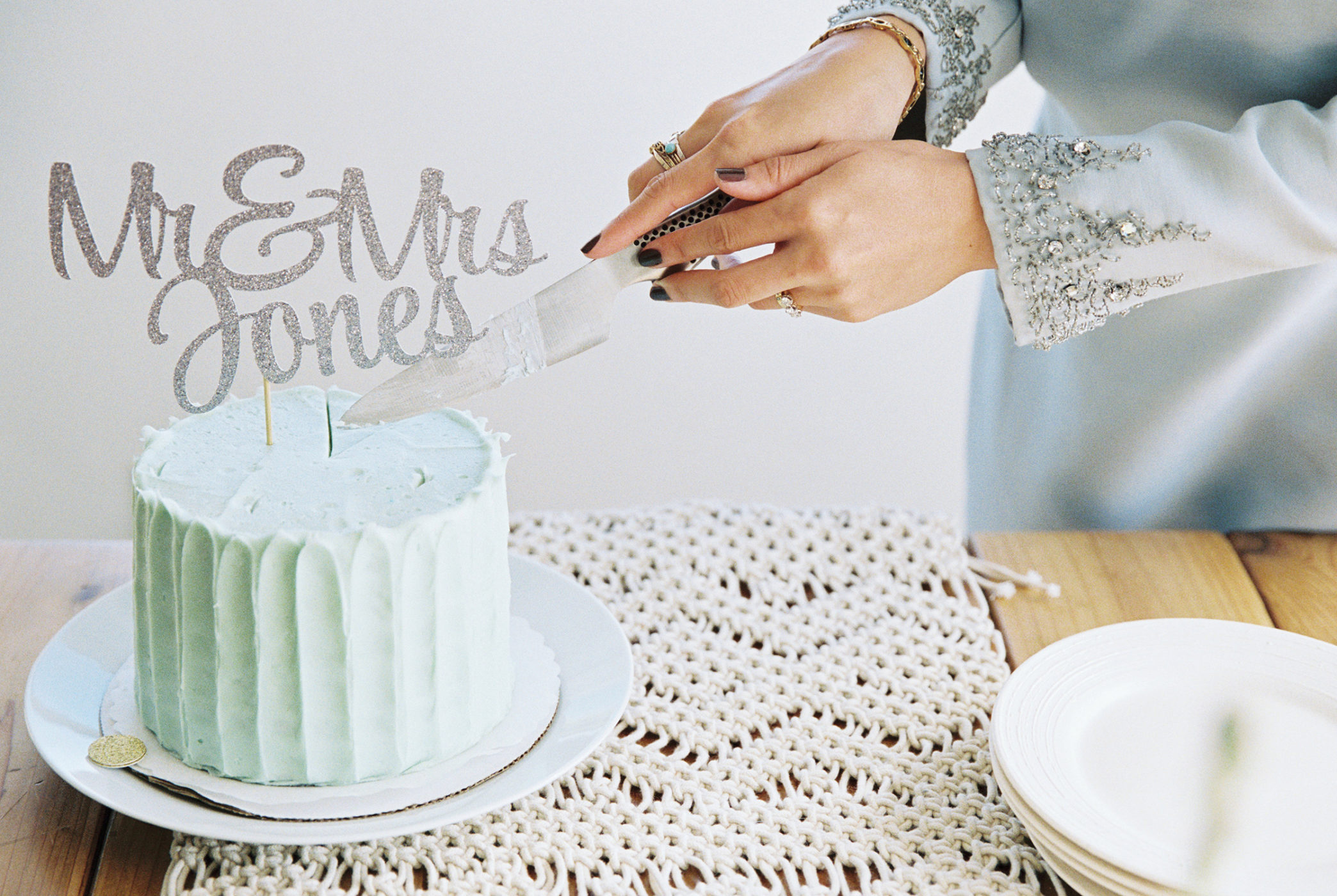 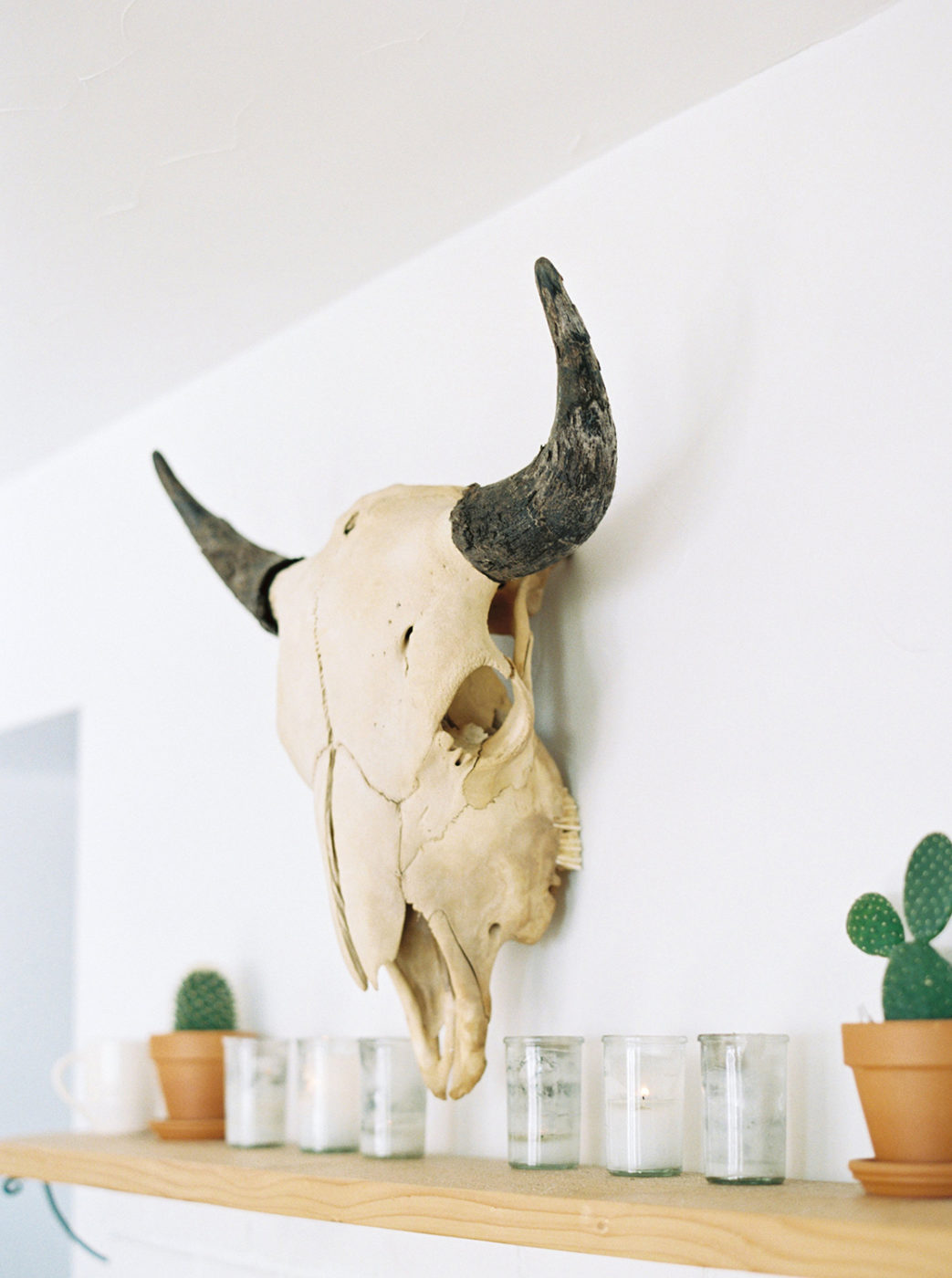 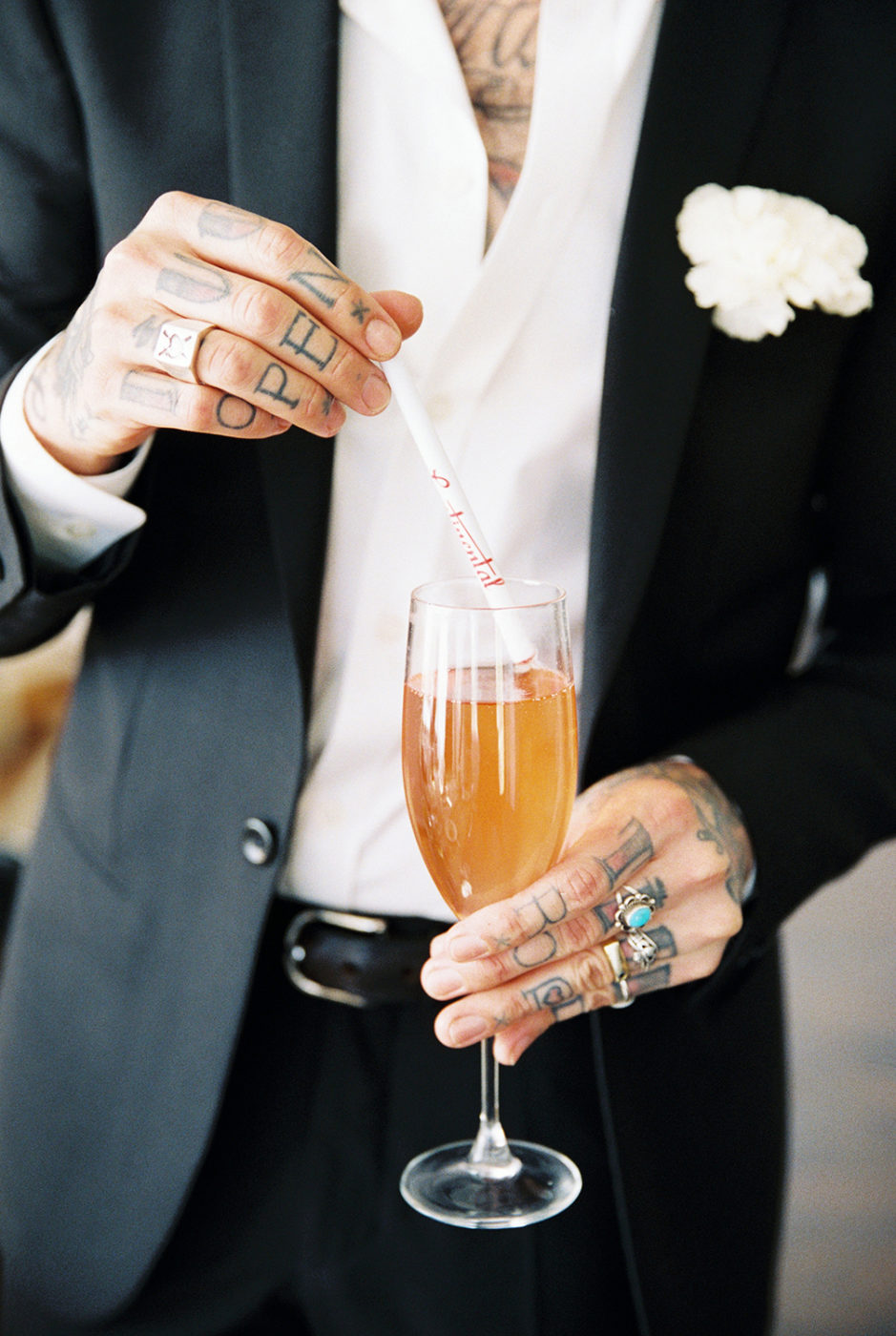 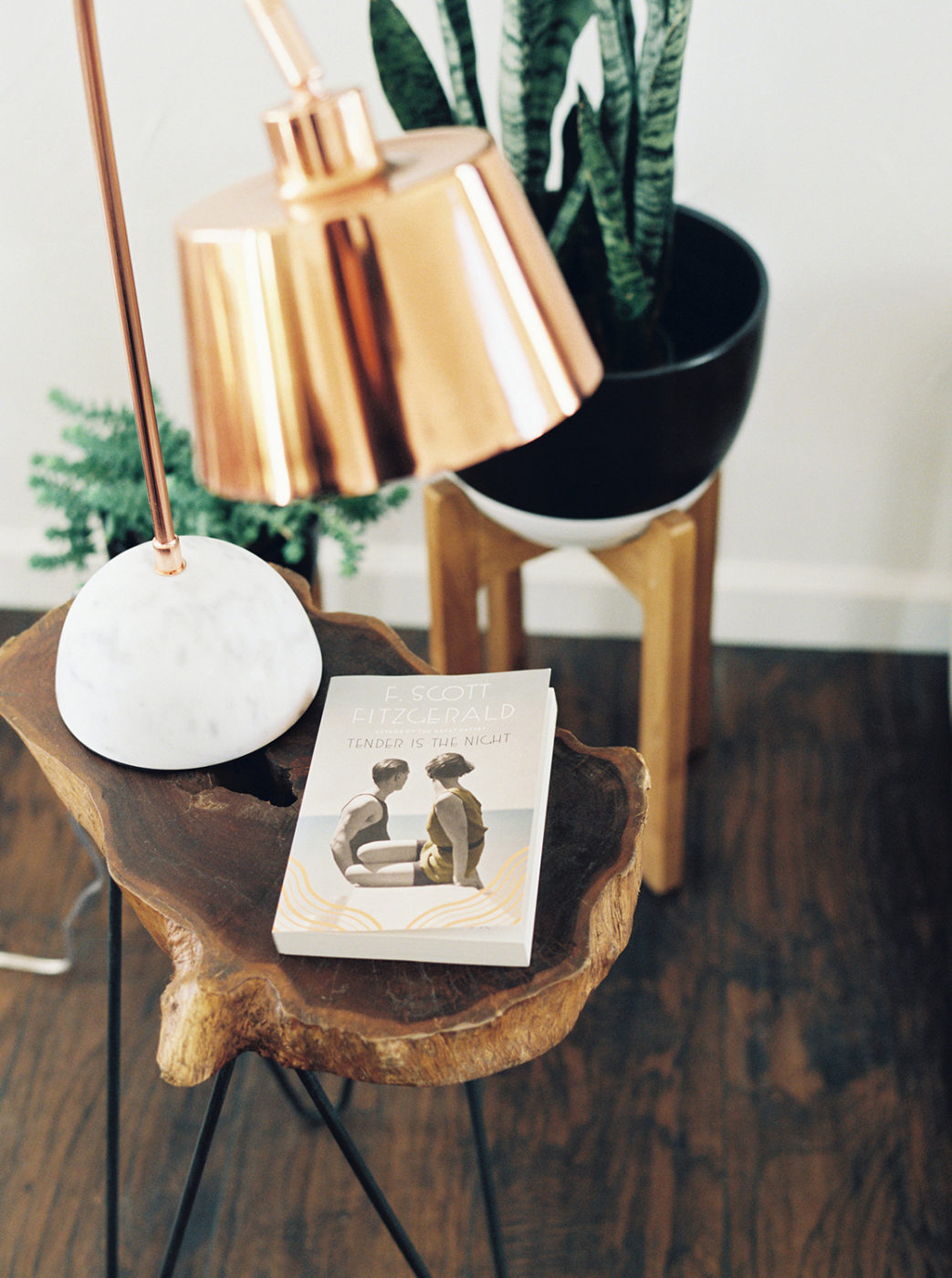 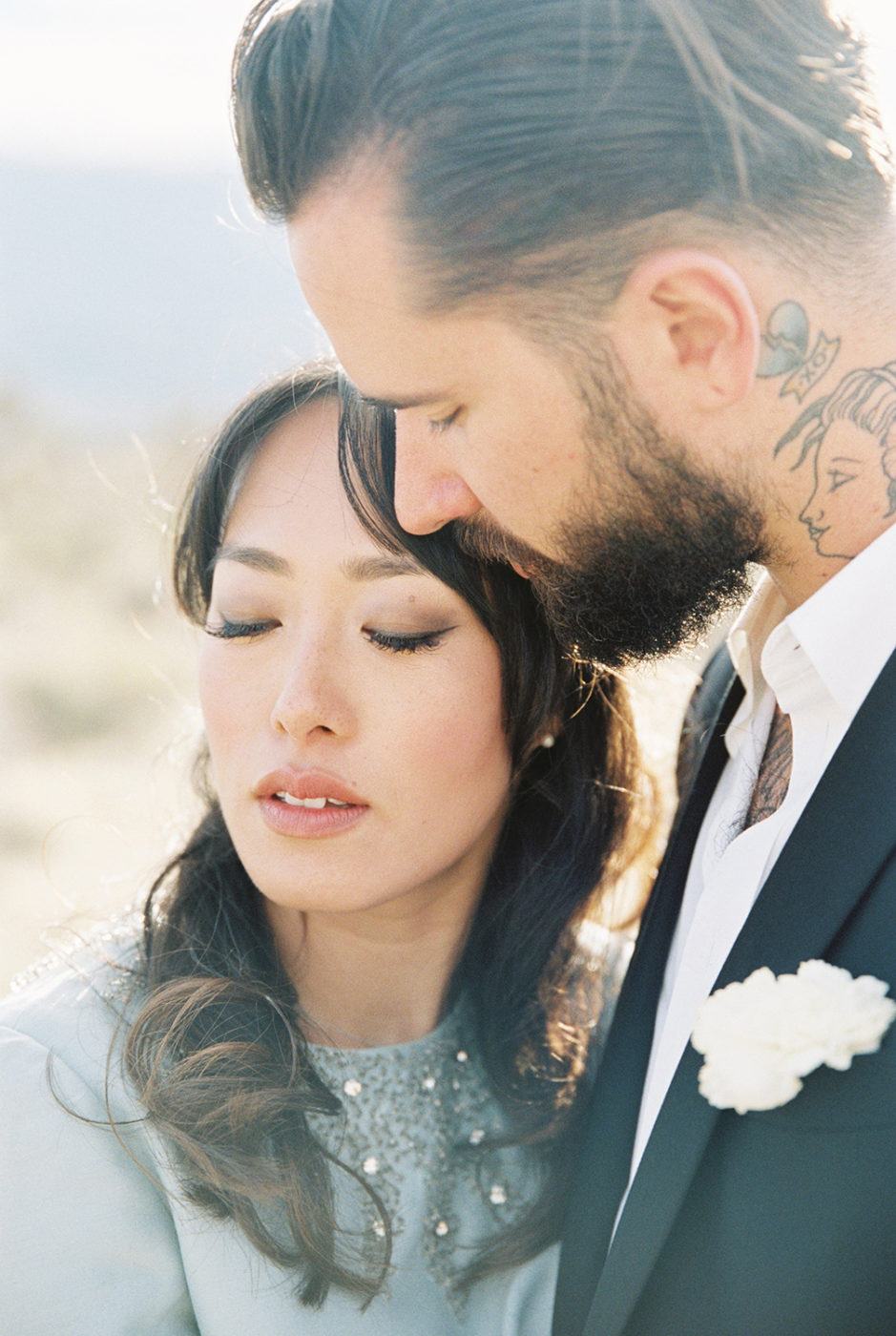 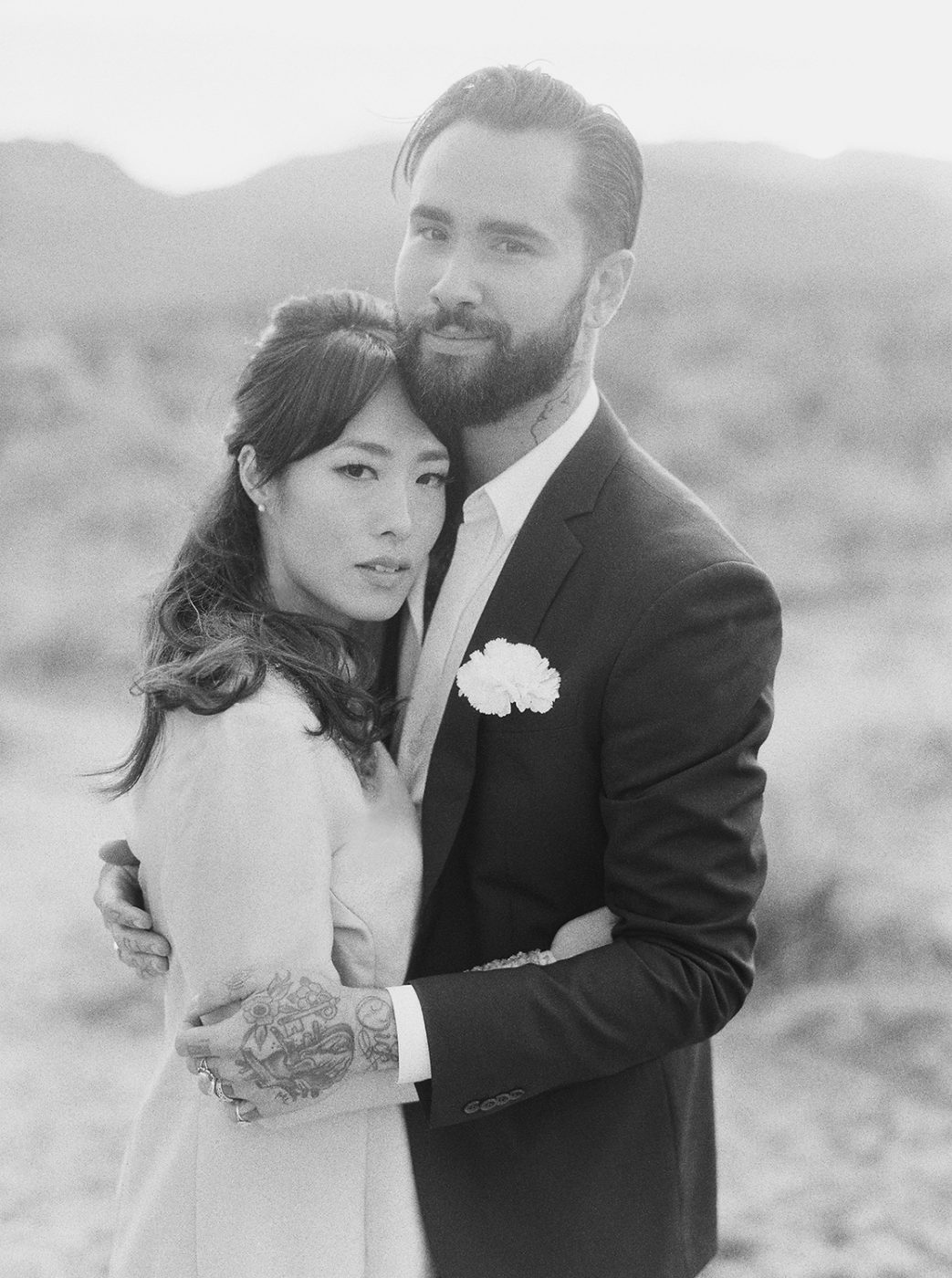 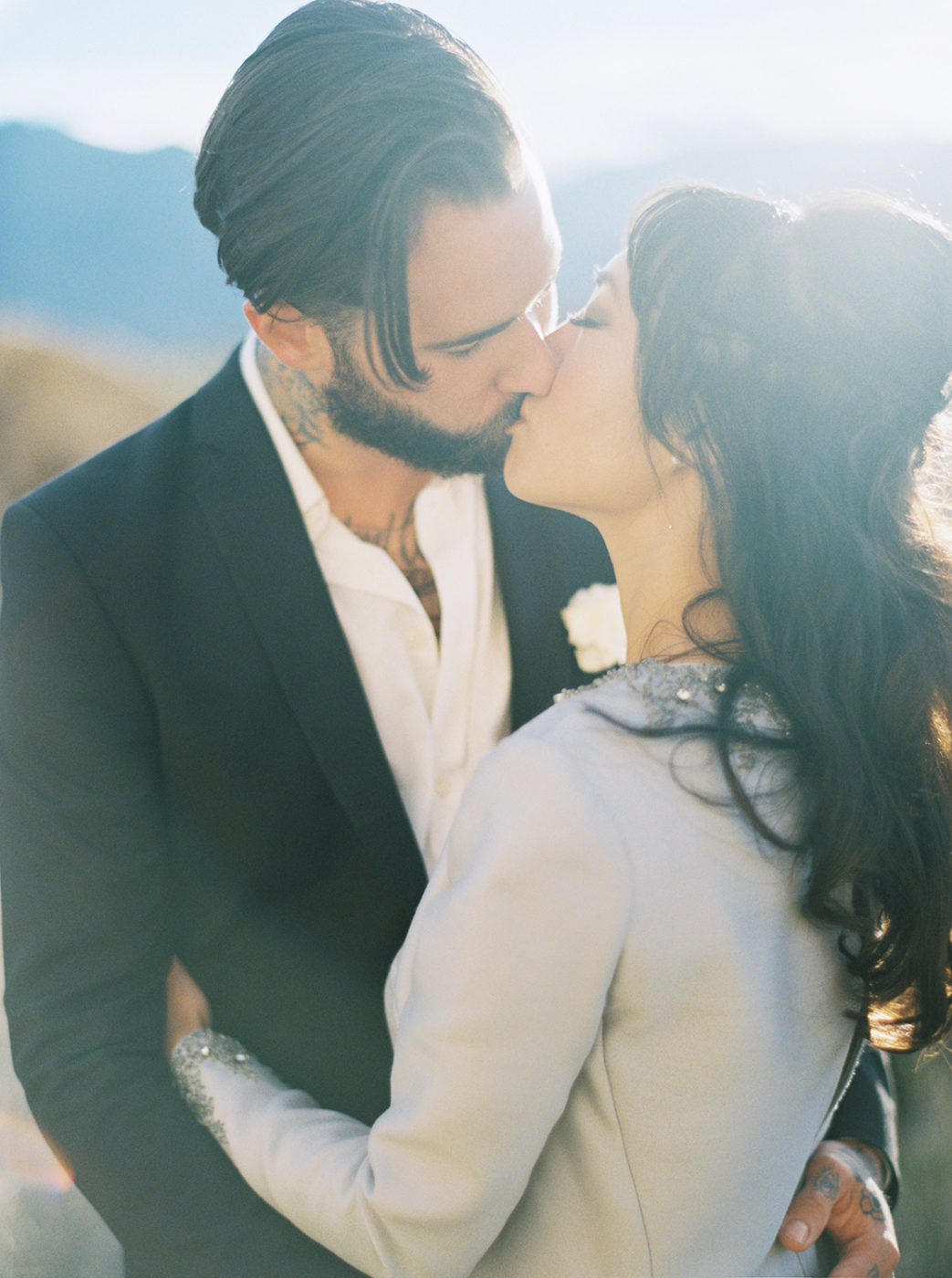 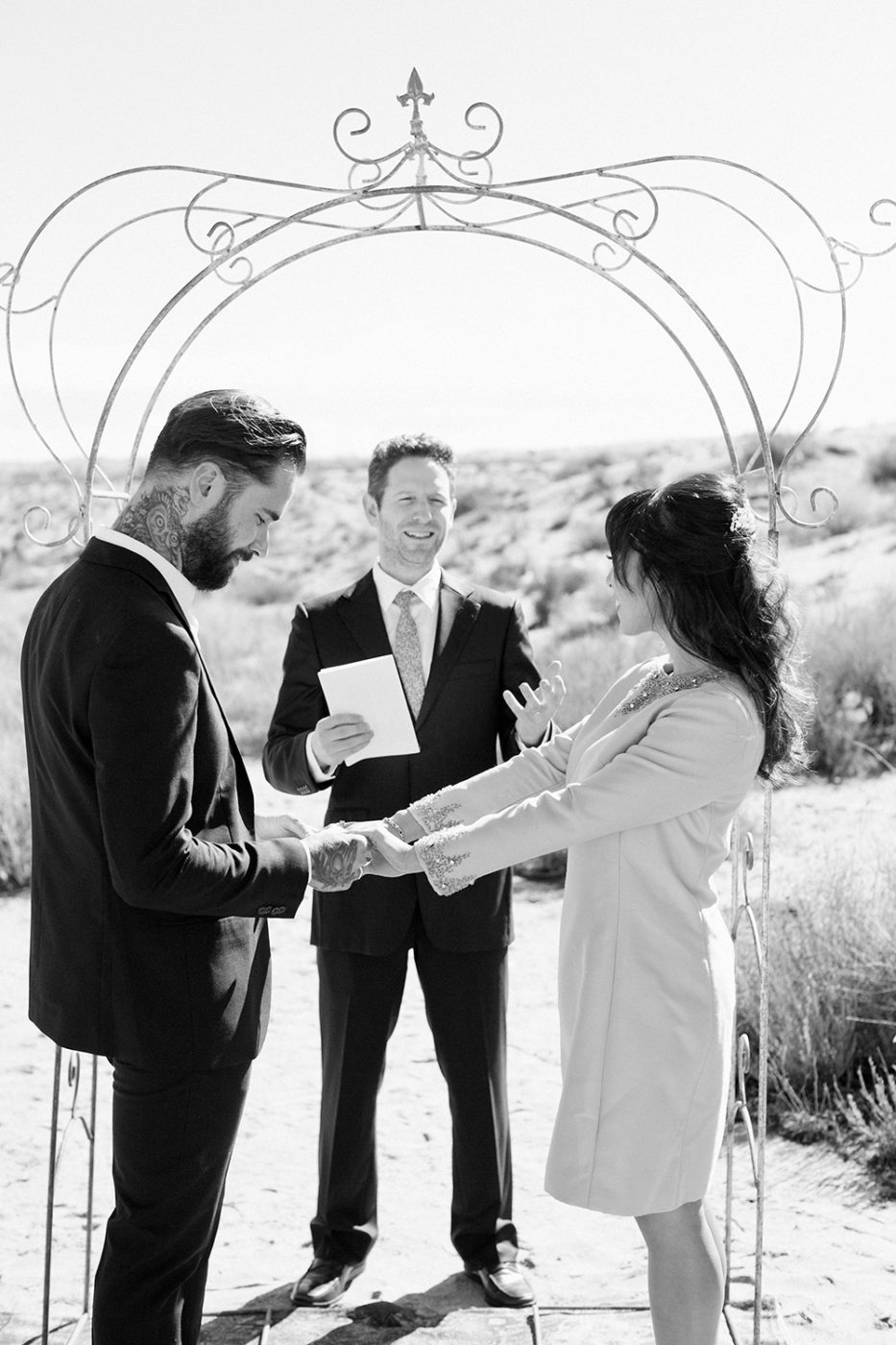 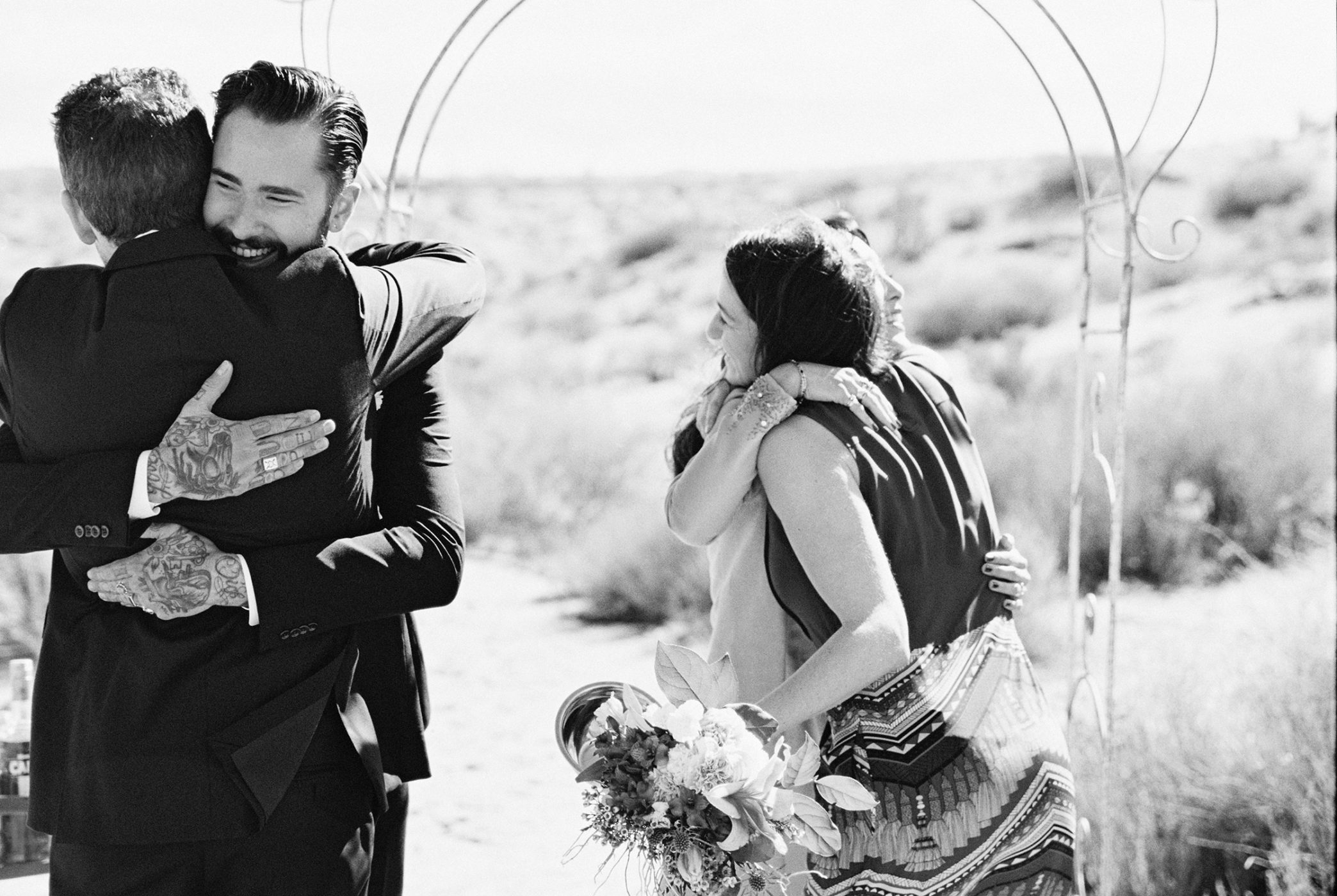 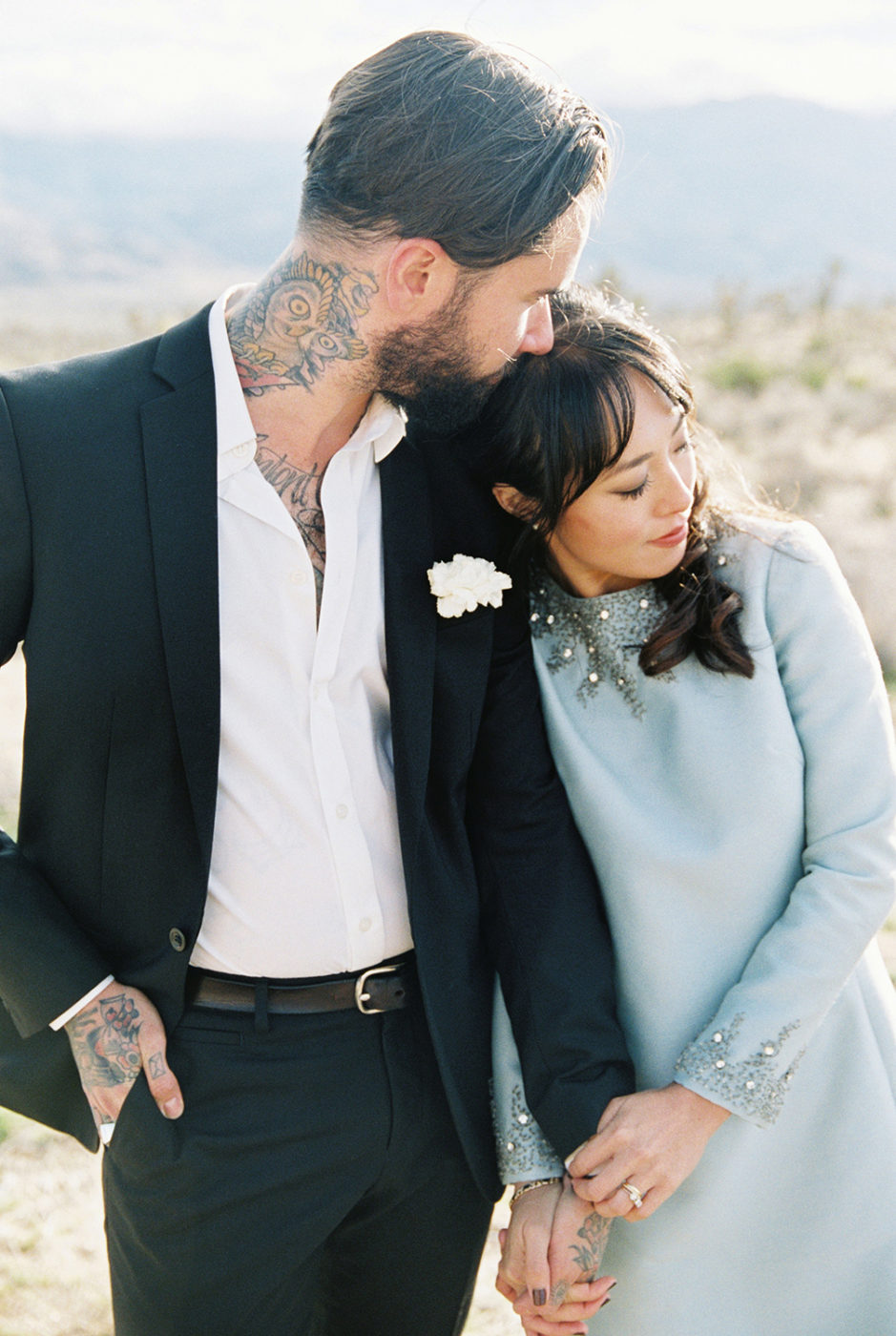 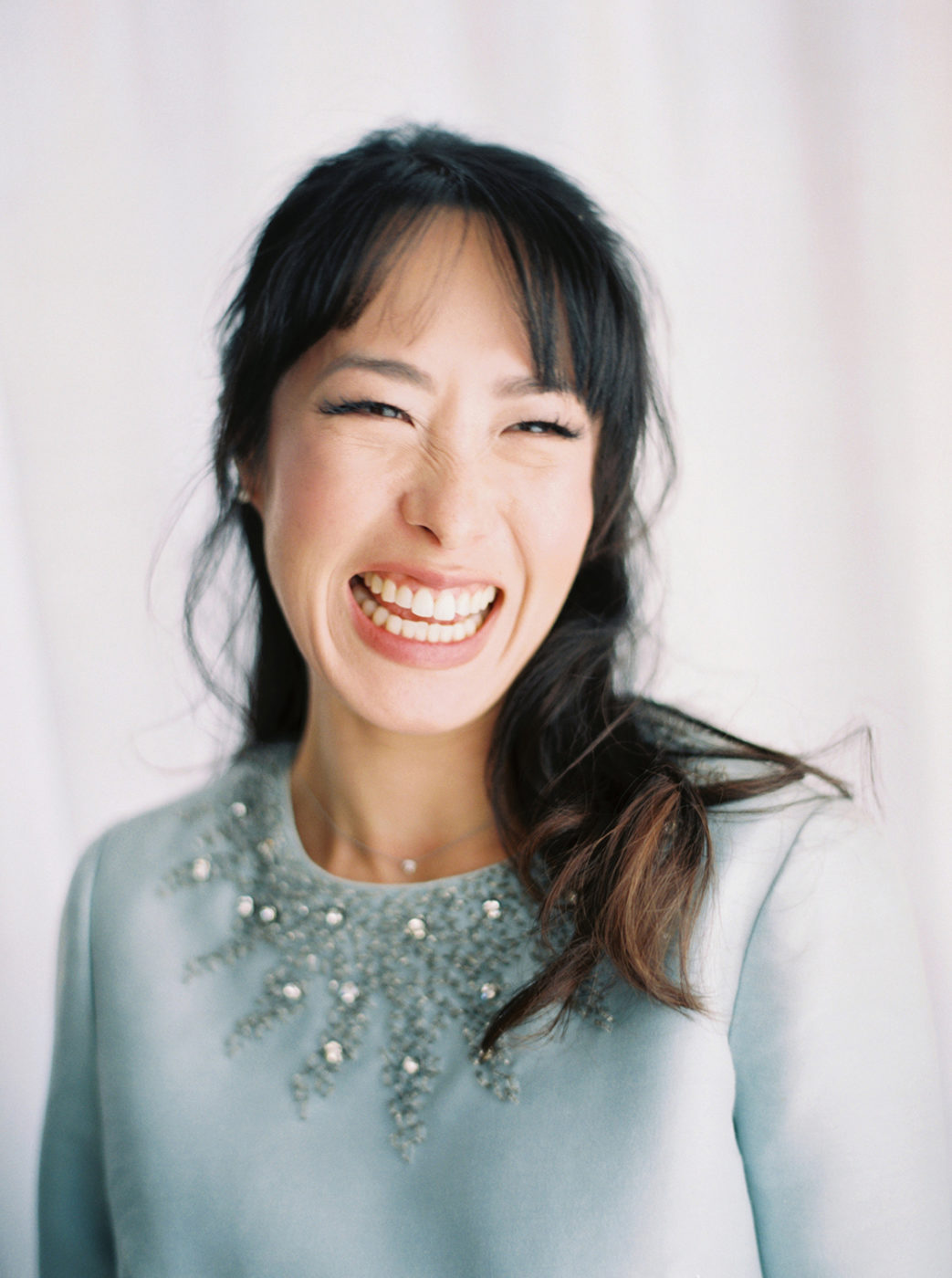 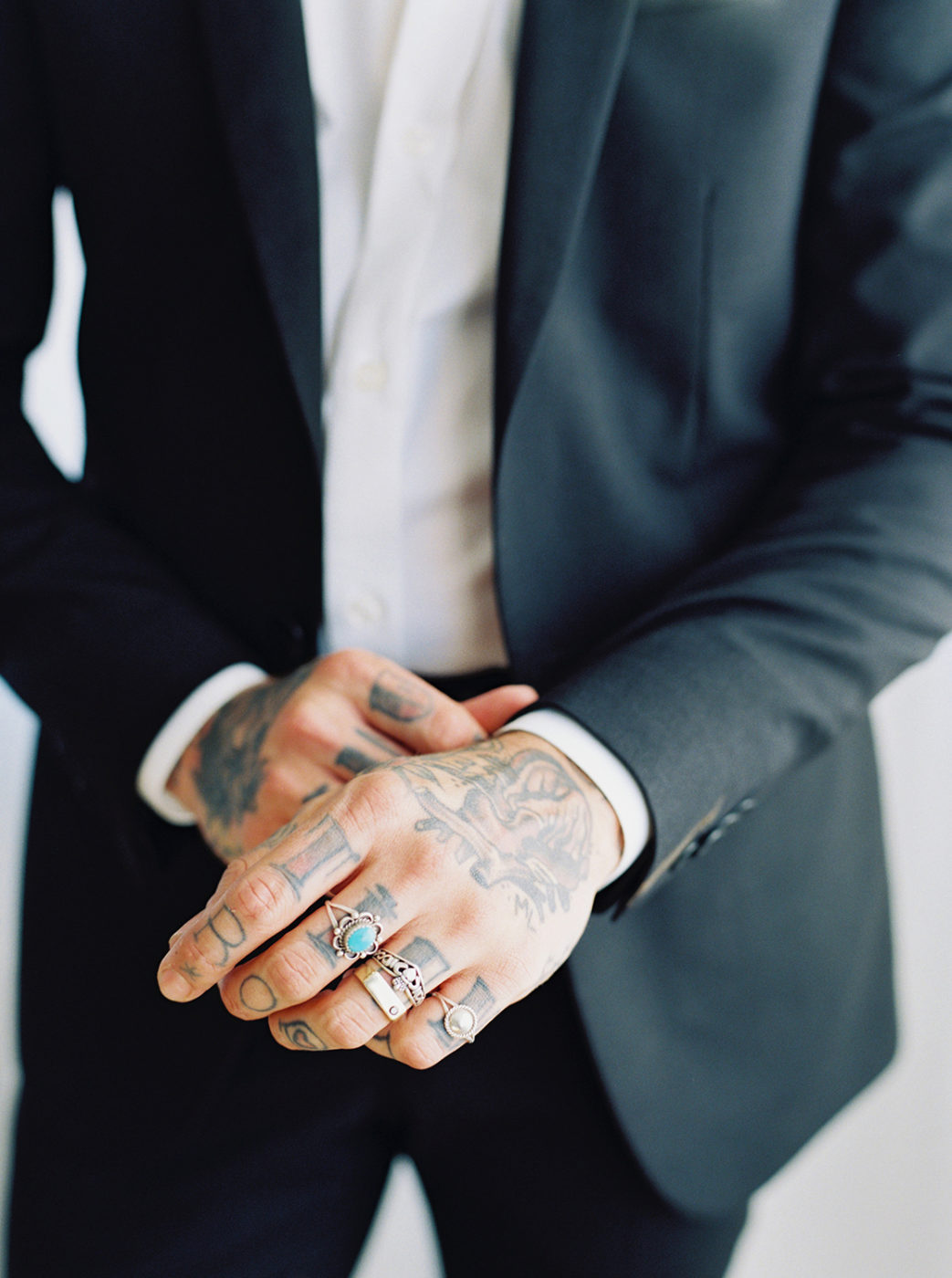 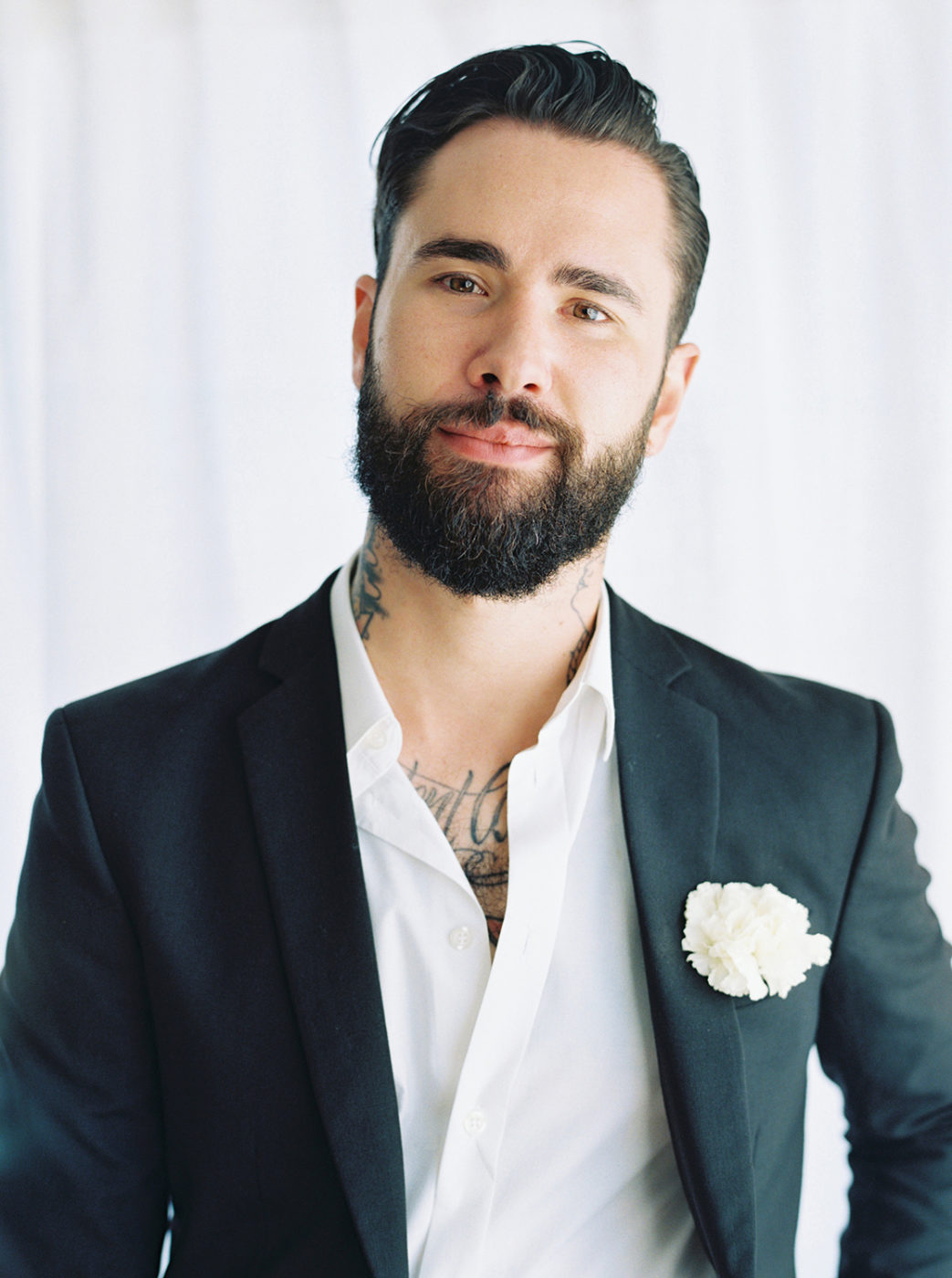 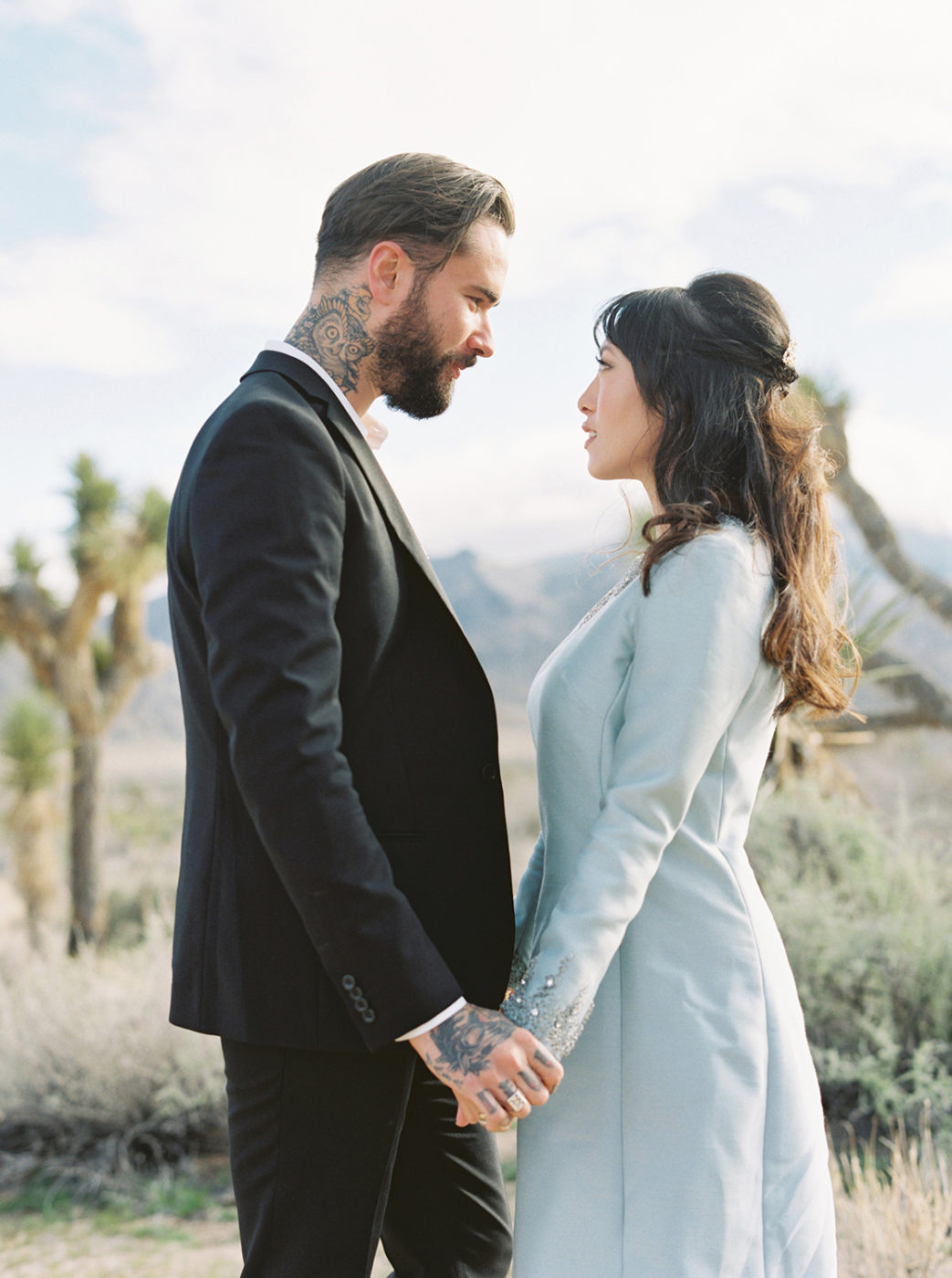 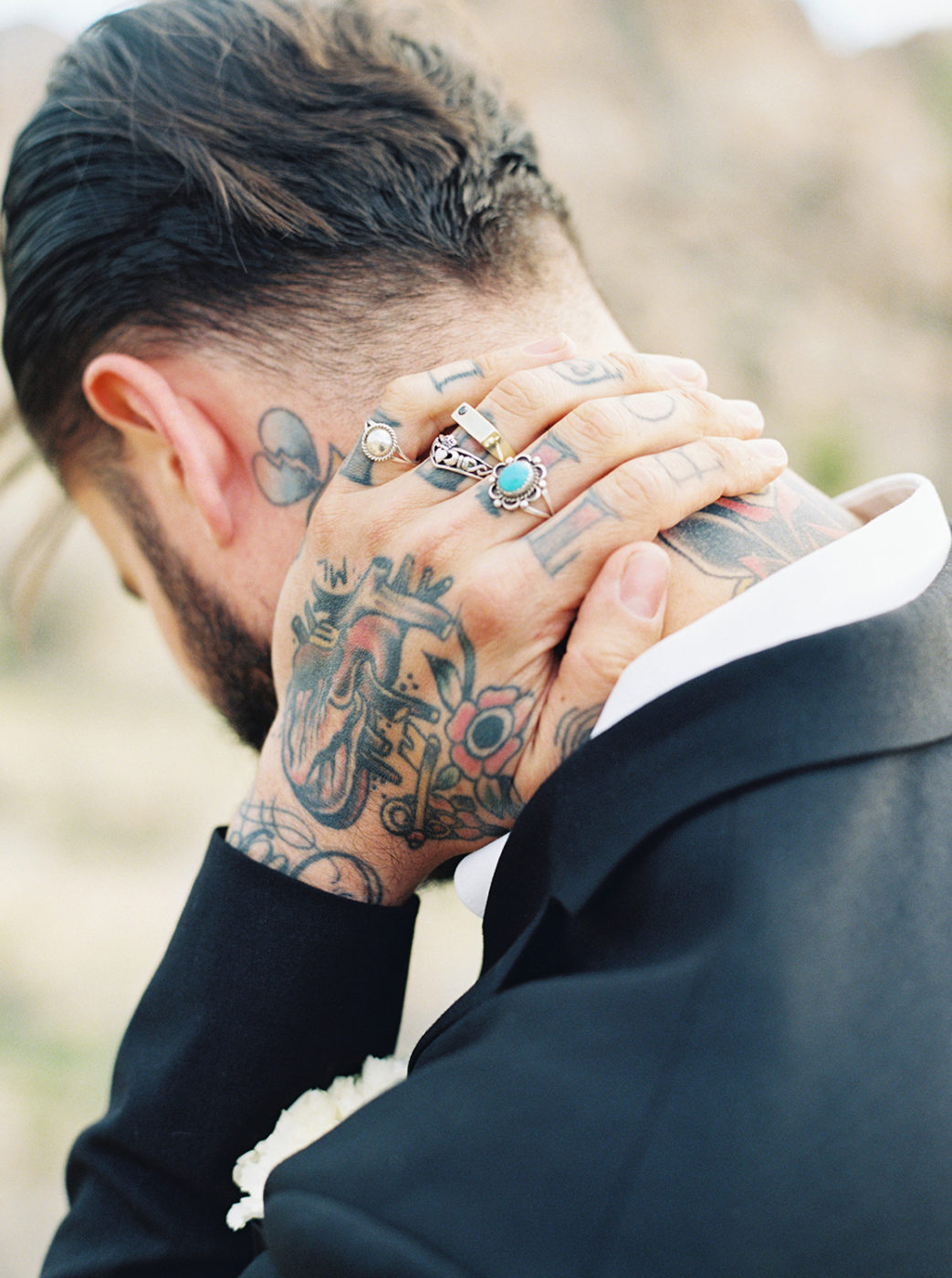 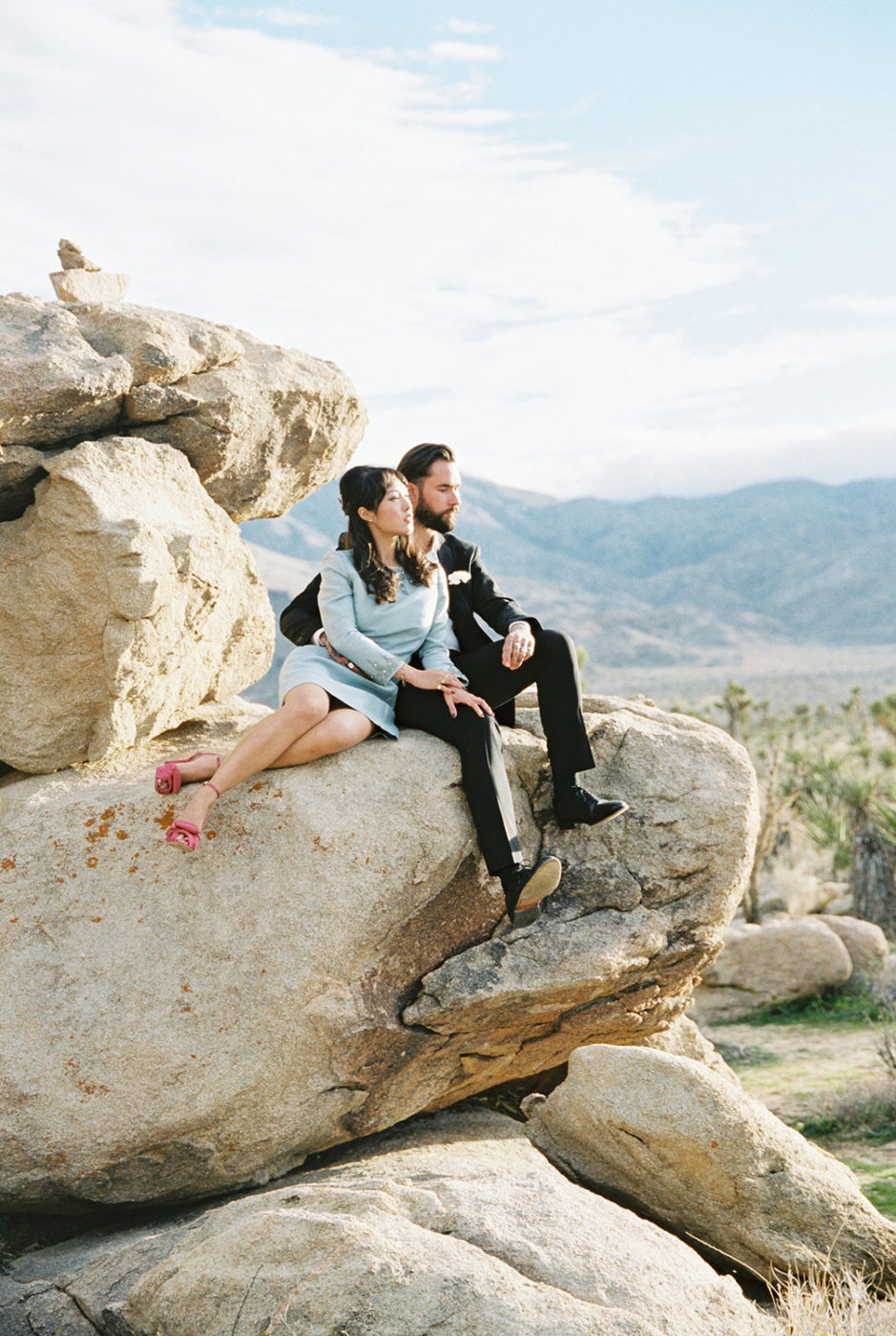 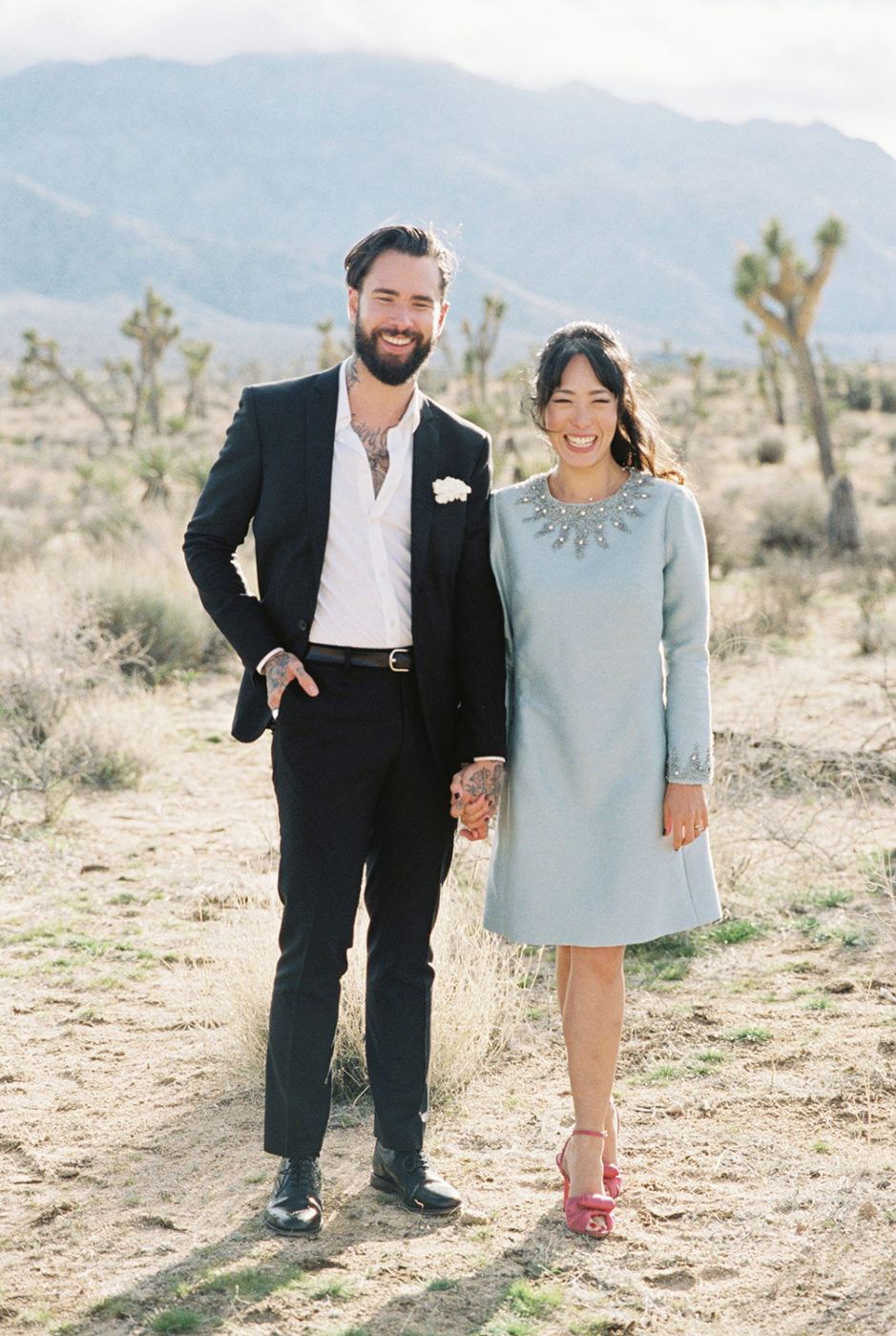 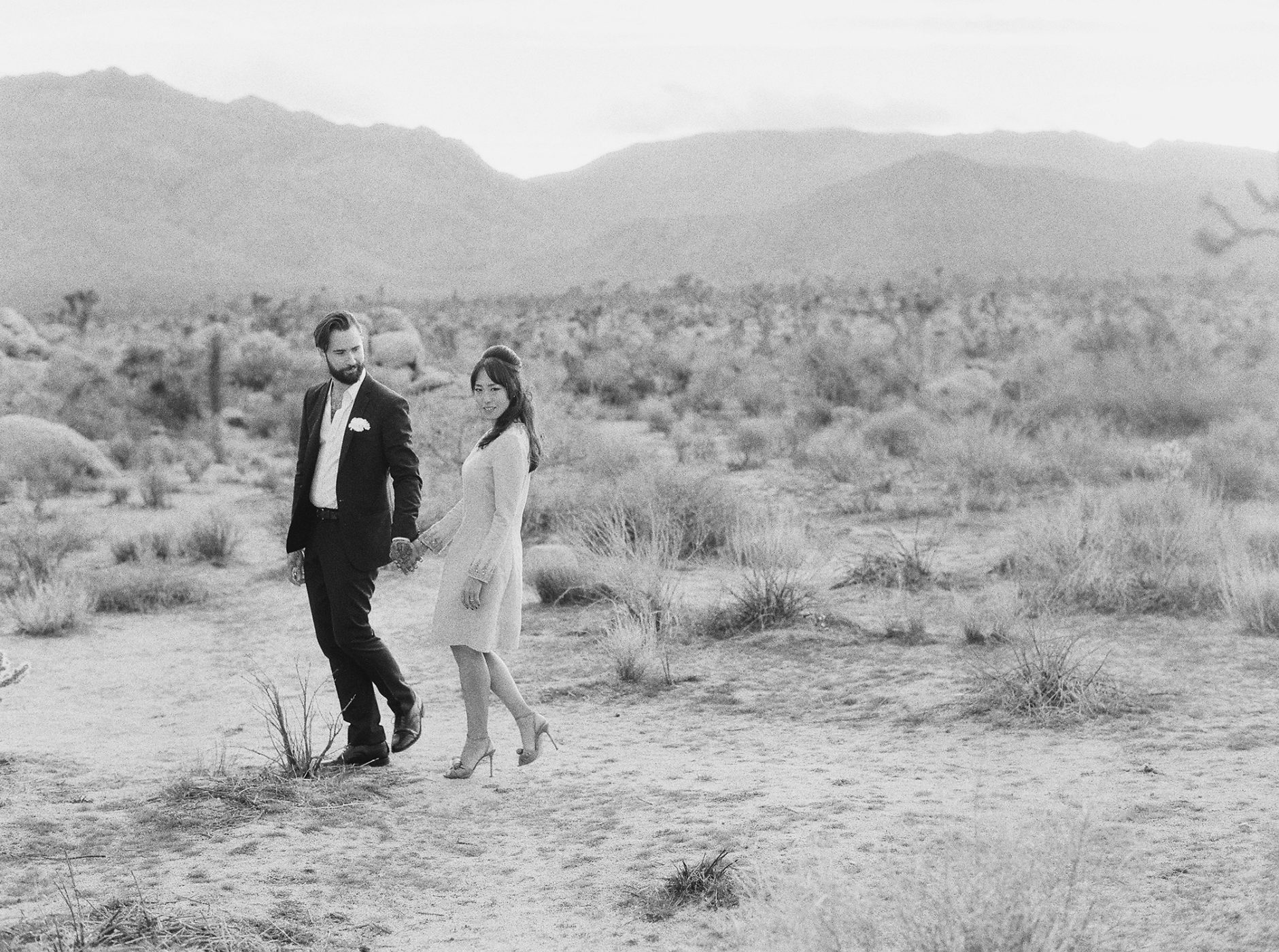 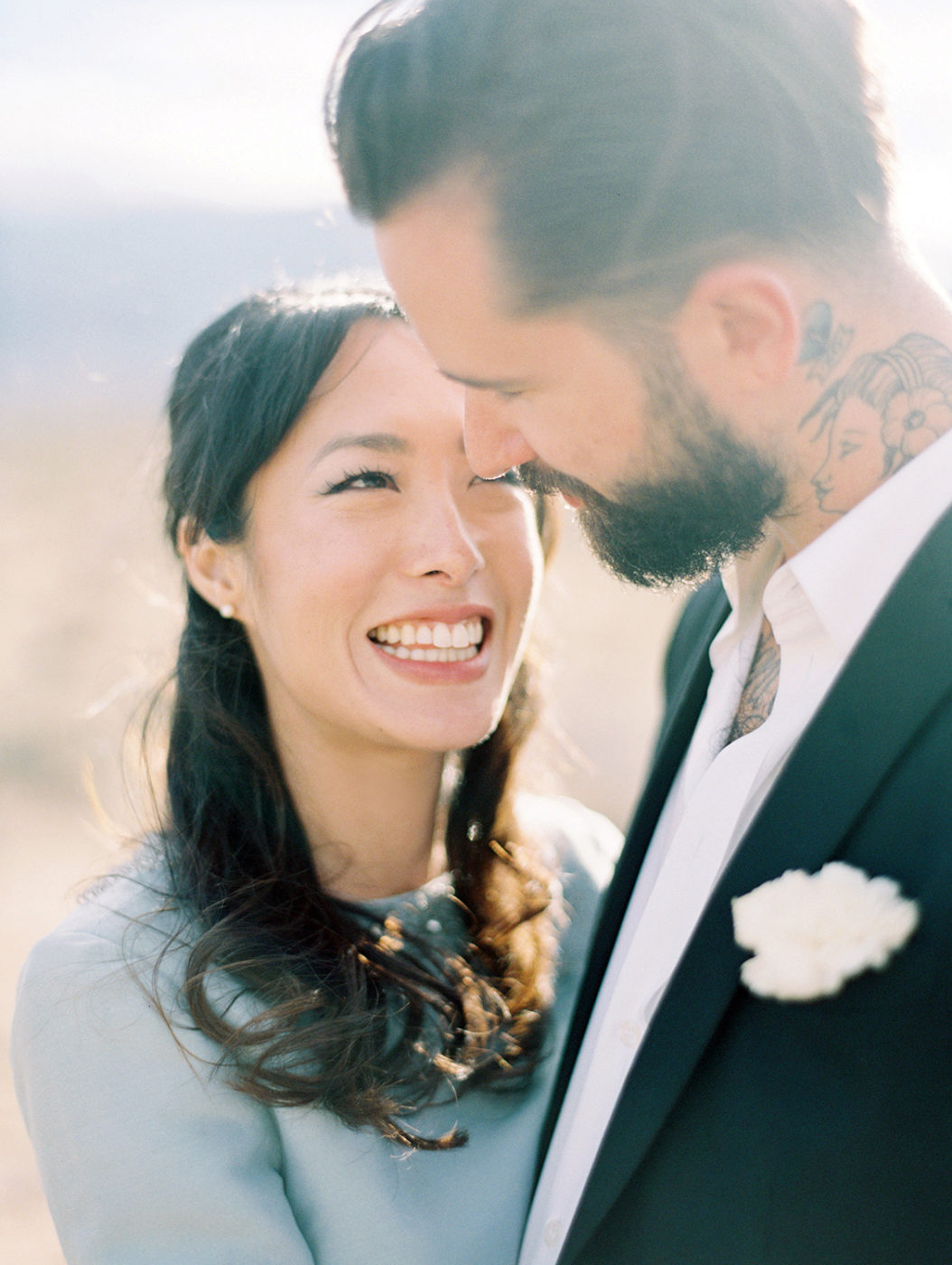 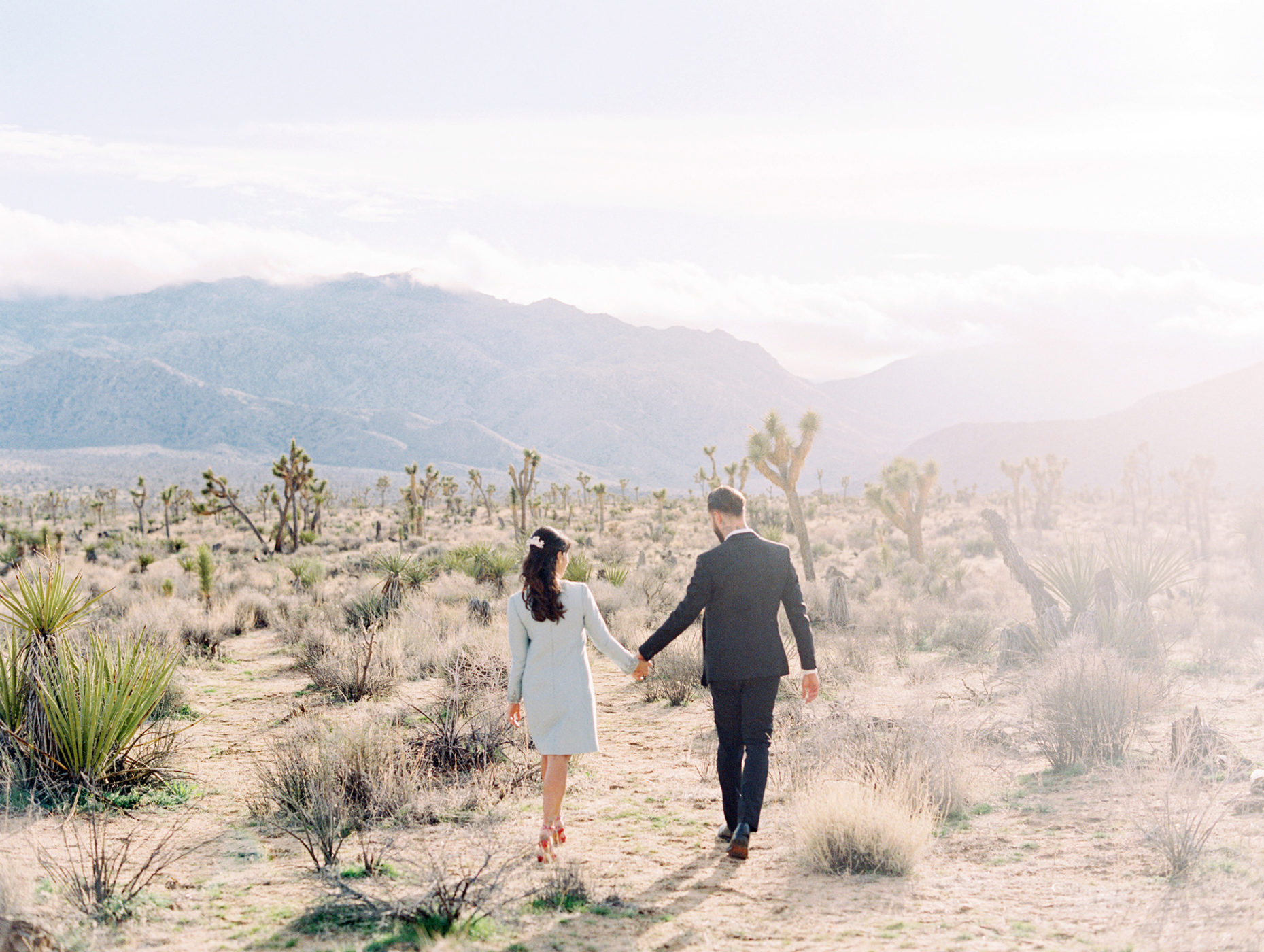 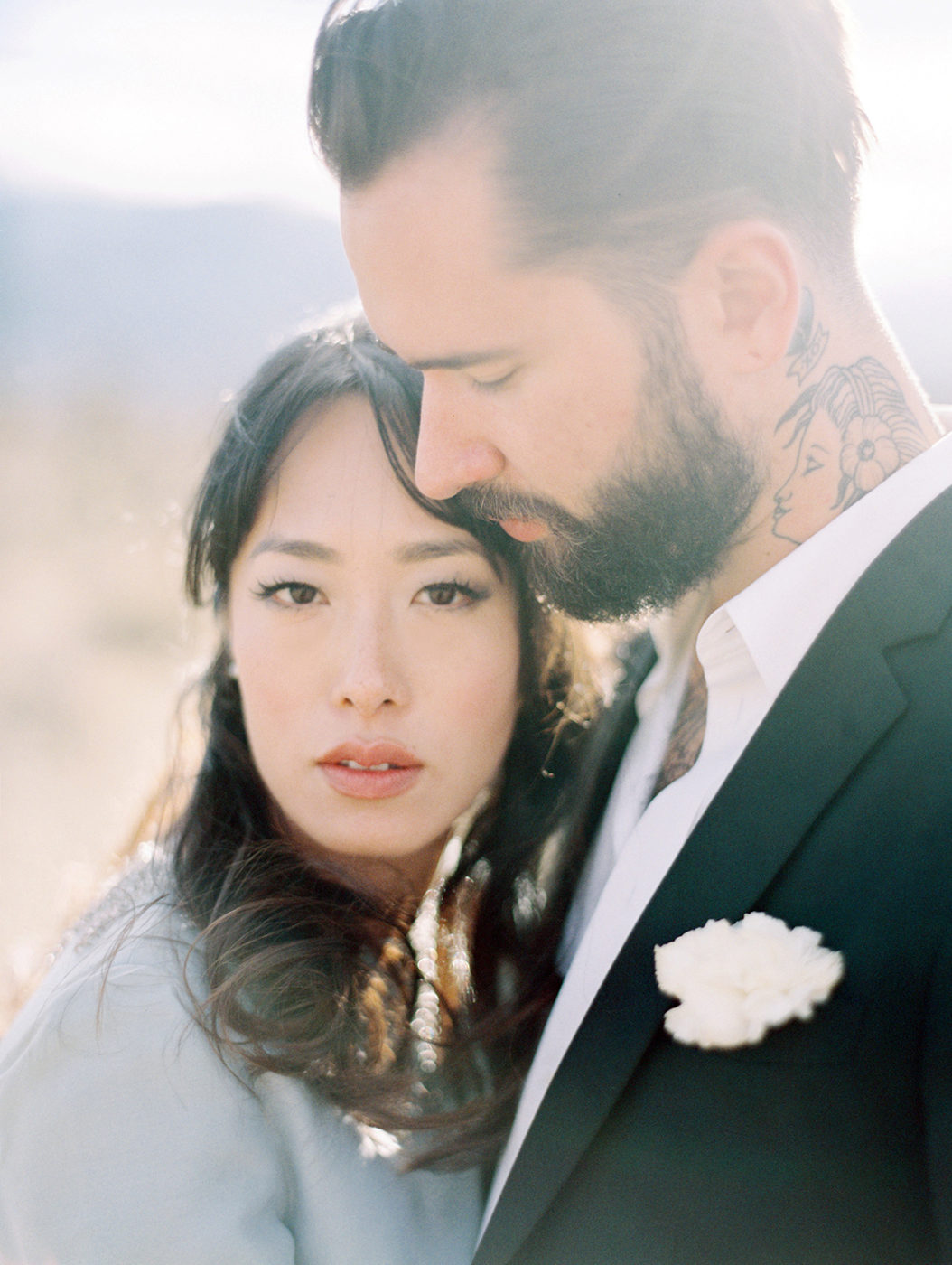 Melissa + Joe’s gorgeous elopement was featured in Vogue Australia. Here is a snippet of their Vogue article:

“We loved the idea of wide open space and the quiet, the landscape out in Joshua Tree is so barren and yet so beautiful and aside from it being so atmospheric, eloping meant we got to do it exactly the way we wanted to. Just us.”

The bride and groom, who were introduced by a mutual friend, decided to elope over dinner one evening. “Over dinner Joe asked me “So, how does eloping work exactly? Do you need to get engaged first?” I told him I had about as much idea as he did (none), so instead, we decided to speculate on where we’d run away to, if we did decide to elope. The all knowing dice decided that our already planned trip to the US in three-ish months would be it, so we just went with it.”

The bride and groom chose the Californian desert, specifically Joshua Tree, as their ideal location.

The bride wore a vintage dress. “Months earlier, I happened to be in the Gucci store and saw an incredible off-white ’60s shift with cloth covered buttons, a bow at the neck and three-quarter bell sleeves. I fell in love. Hard. I joked to my mother that I’d get married in that dress (not knowing that was exactly what was about to happen),” the bride explained.

“When I became engaged, the dress had sold out worldwide and while kindly Gucci offered to make one for me, it wouldn’t be ready by the time we were going away. While waiting for a flight a few days later (gutted, mind you), I found my dress, a powder blue wool silk dress with silver starburst beading on an online vintage store, took the plunge and bought it. It needed some work, which a dear friend’s master dressmaker mother was happy to help with, and that extra tailoring made it perfect.”

“We rented an incredibly styled 1960’s bungalow for the weekend and through conversation with its owner, we found out she also owned a vintage prop hire company.”

The couple ate their wedding cake for breakfast and the groom cooked a meal to share on their wedding night. “Joe used to be a chef before he turned to bars, so he cooked our wedding dinner; pan roasted chicken with truffled pappardelle and hazelnuts, and a salad of charred peaches and witlof. We drank Perrier Jouet rosé Champagne, French 75s, negronis and Manhattans…and plenty of Fernet Branca. A lot of what we decided to do involved winging it until we arrived in LA two days before the wedding and I don’t regret doing it that way.”

“Joe and I share a common aesthetic for all things vintage and a bit rock’n’roll. And I think eloping is a pretty rock ’n’ roll way to say ‘I do’! The theme of our wedding day, if I had to label it, would probably be ‘60’s rock’n’roll’. Think Bourbon and records at dawn, a shift dress, beehive hair, slim cut suiting …and cake for breakfast.”